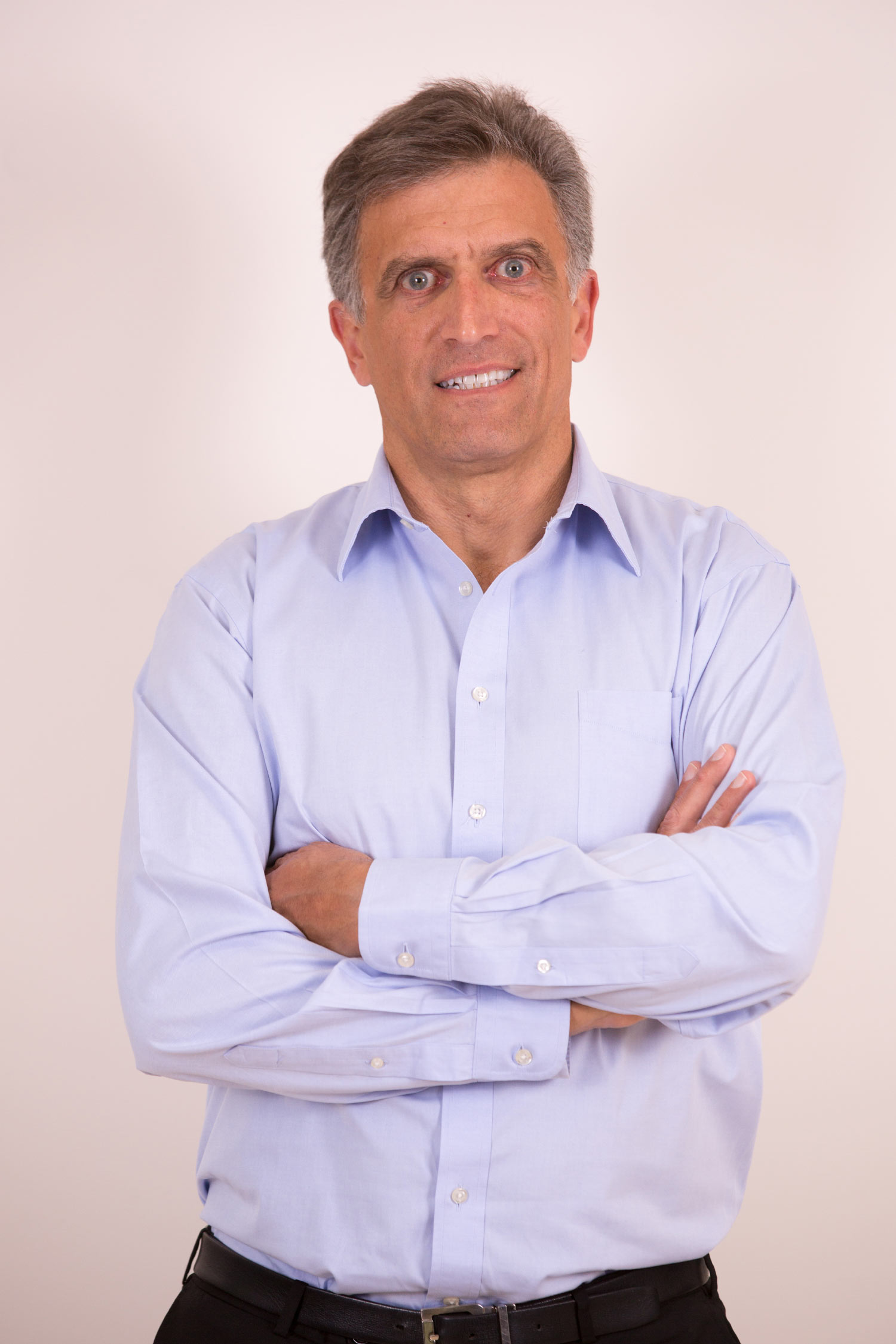 Founder and Chairman of the Board

Yadin Kaufmann founded the Palestinian Internship Program in 2014. Yadin has been involved in venture capital since 1987, and he is the founder of Veritas Venture Partners, an early-stage venture fund management company in Israel and the US. He co-founded Sadara Ventures, the first fund investing in early-stage Palestinian technology companies, in 2011. Yadin founded and is Chairman of Tmura, a leading non-profit organization in the Israel high-tech sector.  He is a native of New York and a member of both the New York and Israel bars. Yadin received his B.A. from Princeton University,  M.A. from Harvard University, and J.D. from Harvard Law School, where he was an editor of the Law Review. In 2011, Yadin was chosen by The Marker financial magazine, as one of the “Top 100 Influencers” in the Israeli economy. Yadin gave a talk at TEDx in Rome on venture capital and social involvement.
‍
- View Yadin's LinkedIn profile

Hani Alami, CEO of Coolnet, has more than twenty years of national and regional experience in telecommunications and business development. He is attuned to all aspects of technology and entrepreneurship and supports a wide range of endeavors. Since 2009, with Hani at the helm, Coolnet Group has become one of the largest telco companies in Palestine and a leading telecom solutions provider in the field of broadband and communication technologies. 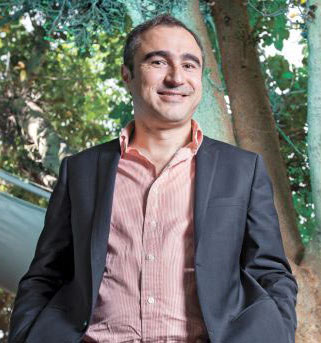 An experienced enthusiast, Hani excels at creating blue oceans and the kind of added value that triggers markets. With multiple acquisitions and mergers in the telecom sector, he leverages his experience and network to mentor and support emerging entrepreneurs and promising ideas. Hani also routinely contributes his time and experience as a philanthropist and mentor to multiple initiatives across the region. He recently established JEST (Jerusalem Entrepreneurs for Society and Technology), the first entrepreneurship center and hub for startups in East Jerusalem. JEST promotes and supports technology and the culture of innovation, with special emphasis on programs for women and youth. 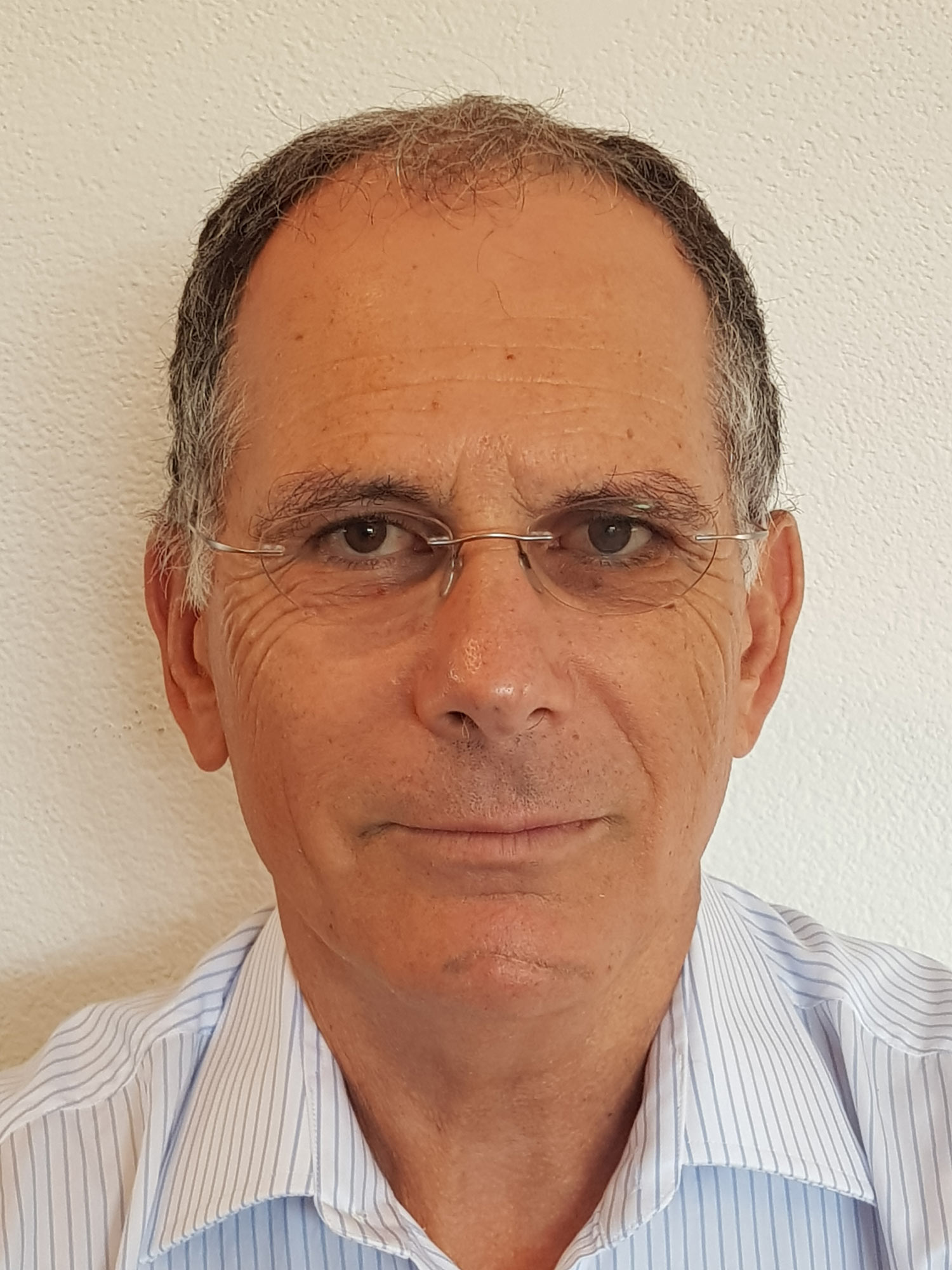 Roni is a leading venture capitalist in Israel with over 20 years experience in the field. He co-founded Walden Israel in 1993 and served as its General Partner before becoming a Venture Partner of Walden International. In the late 1980s. Roni co-founded CI Systems and served as its Executive Vice-President, before relocating to the United States to start and manage CI's North American operations. Following his return to Israel, Roni then held a variety of consultancy and and operating roles in Israel-based high-tech companies. In addition to his roles at Walden, Roni manages his own consulting firm and holds a number of directorships, including of ClearForest Corp, High Tech Industry Association, Amimon, SintecMedia and Colorchip. He has held lecturing positions in entrepreneurship at Tel Aviv University’s MBA program, and himself holds a degree in Economics and an MBA from the Hebrew University of Jerusalem.

Abed is a partner in the Corporate and Hi Tech Practice Groups of Pearl Cohen, an international law firm which operates from offices in Tel Aviv, NY, Boston, LA and London, and one of the largest law firms in Israel. He focuses his practice on diverse areas of corporate and commercial law, with particular focus on venture capital financing and acquisitions and representing entrepreneurs and venture-backed start-ups (especially in internet, computer software, hardware, mobile, blockchain, and cyber) in all stages of development. 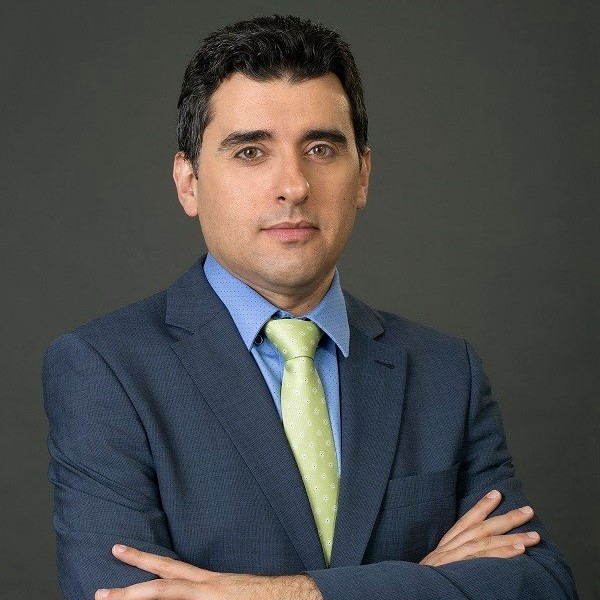 Before joining Pearl Cohen, Abed was a senior Associate in the Hi Tech and Venture Law Group of Gross, Kleinhendler, Hodak, Halevy, Greenberg & Co., and an in-house counsel at Massar International, a Ramallah based multi-disciplinary investment company that operates in countries across the MENA region. Abed is involved in a number of non-profit organizations and initiatives focusing on fostering technology and entrepreneurship. 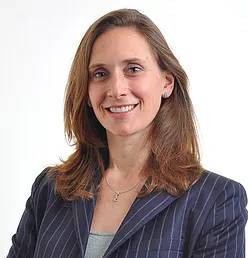 Tally, an attorney and technology consultant, is CEO of Dawsat, a weight loss and wellness solution based on the traditional Middle Eastern diet. Prior to co-founding Dawsat, Tally was Managing Director at Blue Laurel and the co-founding managing director of the MENA Investment Network. She also practiced corporate law in the New York office of Cleary Gottlieb Steen & Hamilton, including a secondment with Istithmar, the sovereign wealth fund of Dubai. Tally started her career as a technology investment banker for BroadviewInternational (now part of Jefferies LLC).

With expertise in Middle East economic development, Zingher is a term member of the Council on Foreign Relations and a formerfellow at the Belfer Center for Science & International Affairs. Zingher also was a clerk forLuis Moreno Ocampo, the former chief prosecutor of the International Criminal Court. AFulbright scholar, she holds an A.B. in economics and Middle Eastern studies from HarvardCollege, an M.P.A. in development economics from the Harvard Kennedy School and a J.D.from Harvard Law School.

Maysa, a human rights and a peace activist, co-founded of All for Peace radio, the first Palestinian Israeli Peace radio station and served as its Executive Director for over ten years. She is currently a board member, as well as serving on the board of a number of other organizations, including JEST Hub in Jerusalem, ALLMEP (Alliance for Middle East Peace), The Palestinian Israeli Peace NGO Forum, and Kids 4 Peace. Maysa since worked in the fields of CSR, PR and entrepreneurship at BCI Group, a leading telecommunication company in Palestine, Jordan and UAE. 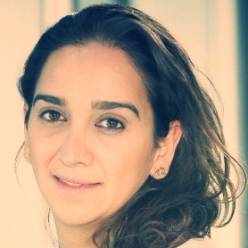 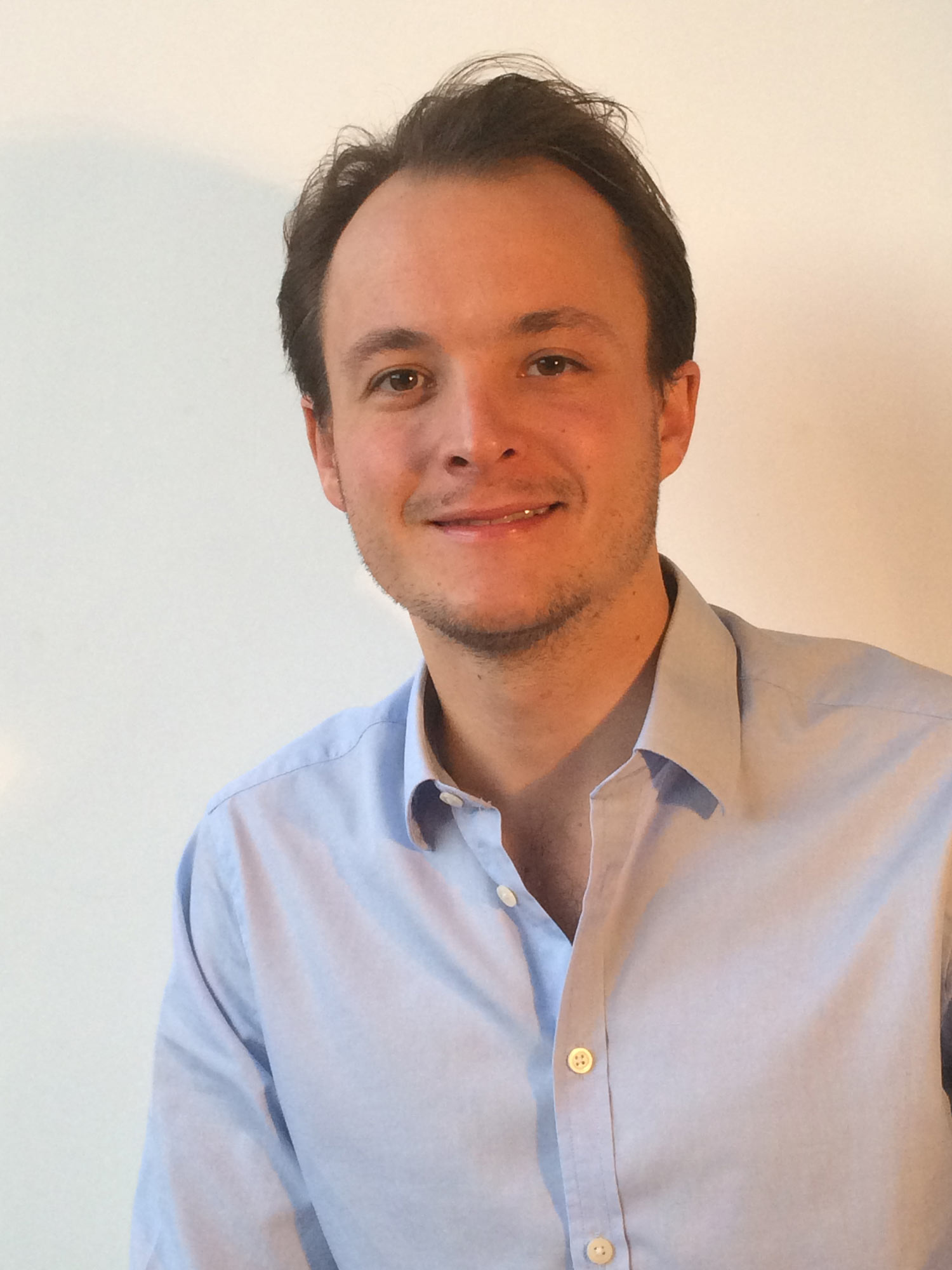 Jesse is an independent consultant on projects relating to economic development and international cooperation in the Middle East.

Born and bred in the UK, Jesse holds a B.A. from Cambridge University, where he studied Middle Eastern & Islamic Studies with Arabic, and is soon to complete his Master's in Business Administration at Tel Aviv University.

Anna D. Gol is the Program Director for the Palestinian Internship Program, responsible for the day-to-day running of the organization. Born in New York City and raised in Toronto, she holds a B.A. in Peace, Conflict, and Justice Studies from the University of Toronto’s Munk School. Upon completion, she worked as the Campus Director and Educator for the Friends of Simon Wiesenthal Center in Toronto, where she ran social justice workshops for middle school and high school students. 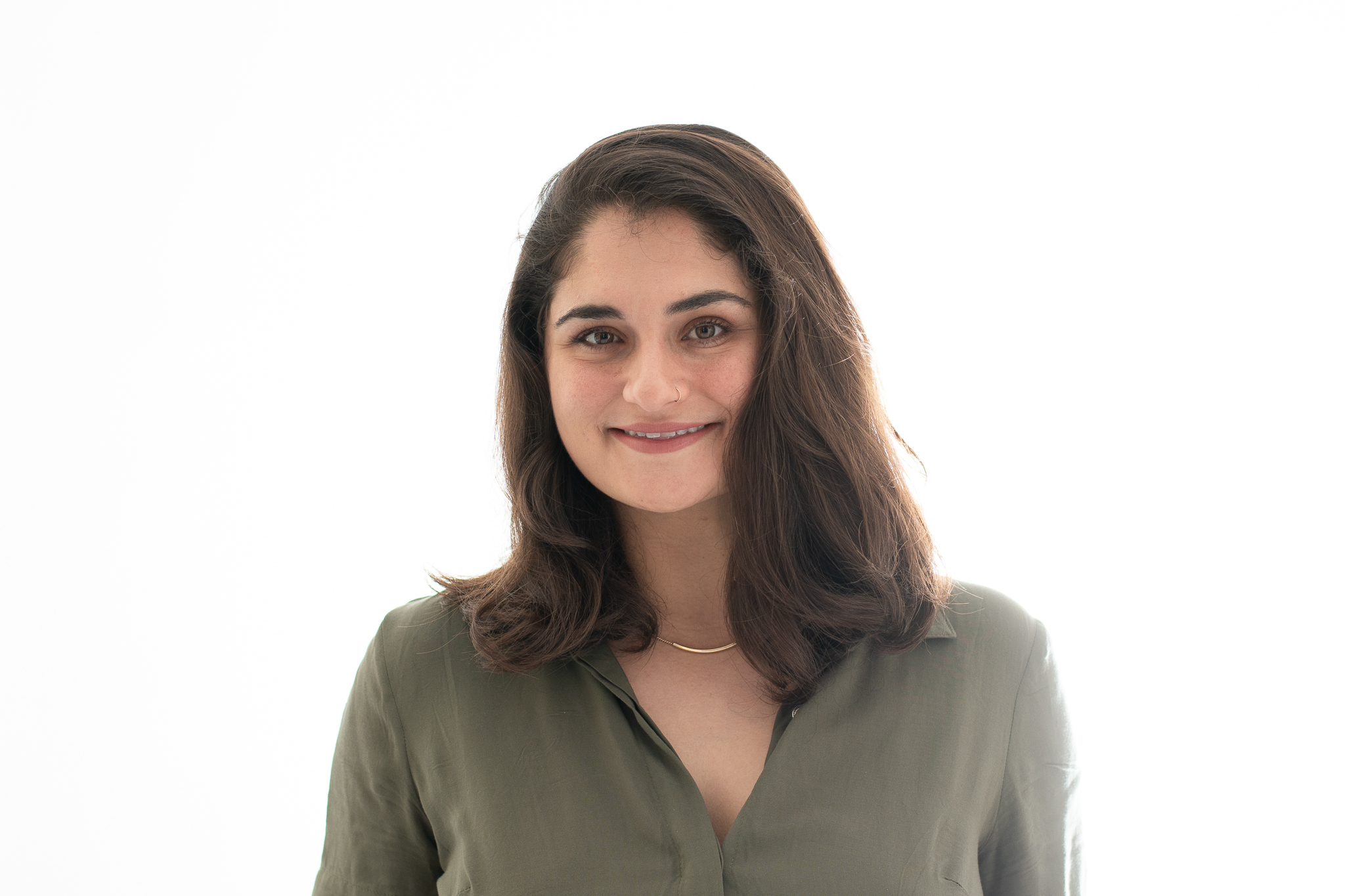 Anna received her M.A. in Conflict Resolution from Tel Aviv University in 2016, along with her certification in Mediation. During the course of her studies, she also worked as a research intern at the Jerusalem Center for Justice. Prior to joining PIP in January 2018, Anna worked with boutique recruitment firm Venture Talent as an Executive Recruiter for startup and high tech companies in Toronto. 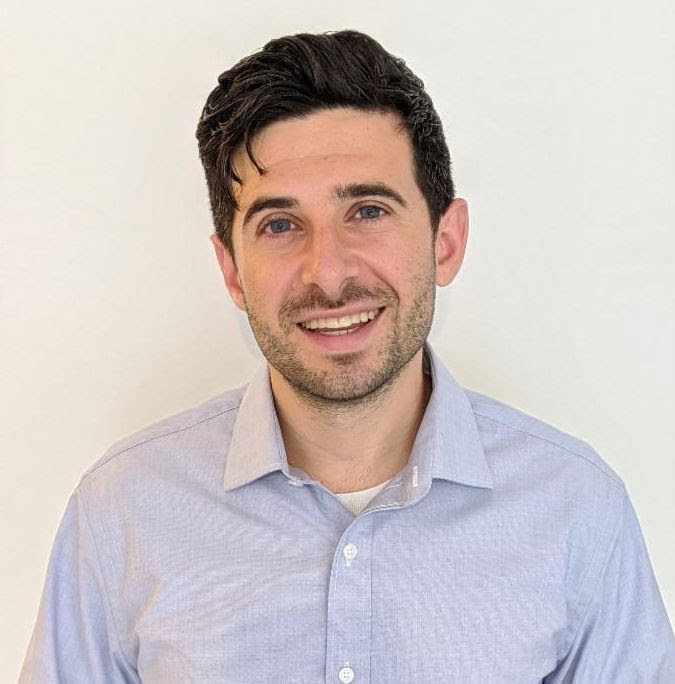 A Boren national security scholar, Ari has an MBA in entrepreneurship from Tel Aviv University, and undergraduate degrees in Government & Politics and Arabic Studies from the University of Maryland. Ari speaks English, Arabic, Hebrew and some Spanish.

Marwan Meqbil is PIP's Program Coordinator, in charge of intern outreach and recruitment. Born and raised in the West Bank, Marwan holds a BA in Information Technology from the PPU. Marwan joined the first round of PIP in 2014 when he interned at Jerusalem-based venture capital fund OurCrowd. Marwan has also worked as a Facilitator and Project Coordinator at the CEF since 2010.
‍
- View Marwan's LinkedIn profile 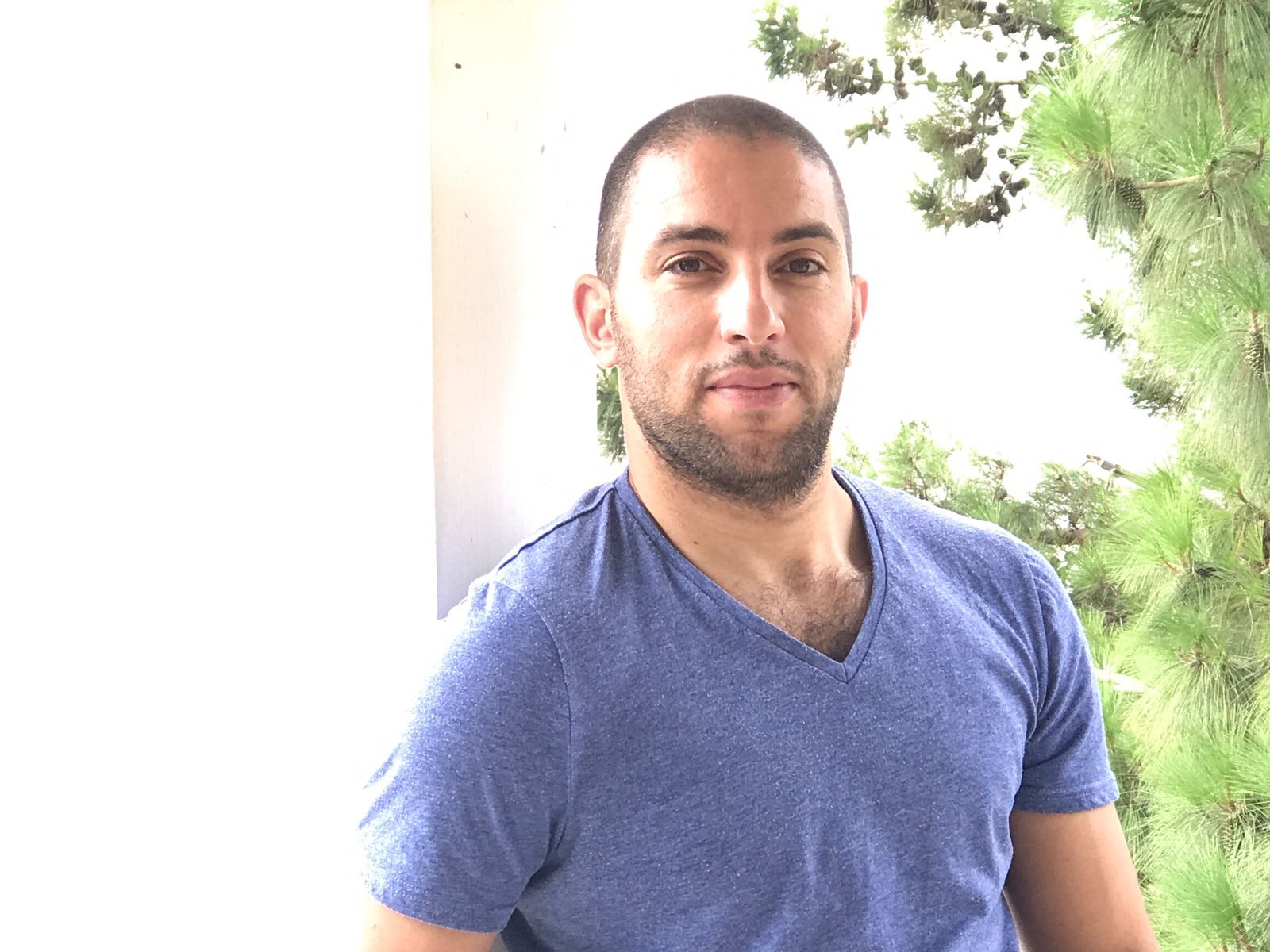 Thank you for signing up to PIP's newsletter. We look forward to keeping you updated!
Oops! Something went wrong while submitting the form
Website funded by

PIP is currently supported by

© Copyright Palestinian Internship Program 2019 | All Rights Reserved |  Made By A. J Diament Web And Mobile Development